#likeagirl hashtag goes viral after the airing of the Always campaign during Superbowl this year.

And as if to amplify the sentiment, on February 6th in the preliminaries of the Washington Metropolitan swimming and Diving Championships, Katie Ledecky swam and beat her own previous records by more than 2 seconds. She clocked in at 4:26.58.

According to swimmingworld magazine, girls do swim faster than boys.

“Ledecky’s story is great because while her speed may be otherworldly, the idea that a girl could swim as fast, or faster, than a boy is not. The sport of swimming is almost unique in that aspect. Young swimmers train together throughout the ranks of club swimming. It is more than common for girls, who typically are taller and stronger than boys until at least age ten, to be consistently beating their training partners.

Later on, there is a certain respect fostered from years of training together. While some high school and college teams may train men and women separately, all but the very best male swimmers typically understand that somewhere out there, there is a girl who can beat them.” 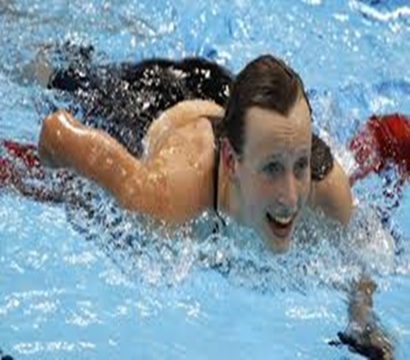