The NY post reported that several people have turned the blast site in New York’s East Village that occurred last week as their own personal tourist attraction.

“Self-absorbed jerks are treating the East Village gas explosion site like a tourist attraction, shooting grinning selfies even as rescuers search for life in the ruins where two bodies might still be buried.
Amid the backdrop of the devastation wrought by the explosion, fire and collapse of three buildings that injured 25 people,seven smiling women used a selfie stick late Friday to snap a cheery photo of themselves.” 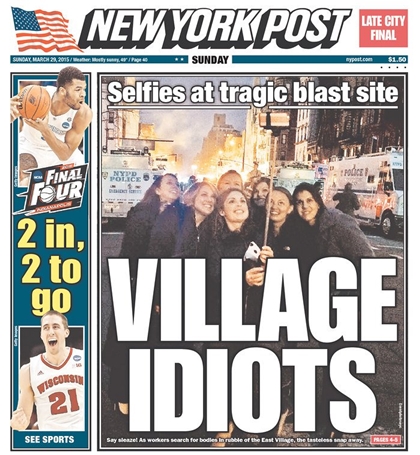 People are enraged, calling them “heartless.”

“Take a look at these people. Remember their faces,” wrote Diane DiDonato of Brooklyn on Facebook. “They don’t deserve those smiles. People are dying behind them.”