Not all pet owners are created equal and apparently a Strongville, Ohio woman didn’t think too much about leaving her dog in a hot car while shopping at Walmart.

Police were called on April 12th after an animal lover noticed a dog locked inside a parked car, 19 News Cleveland reported.

When the dog owner came out she told the officer the dog was fine, but the police officer didn’t agree.

To prove a point, the officer made the woman sit inside the warm car with “the windows up and without the engine on” for a few minutes.

According to the report, the woman said “she was fine but the officer noted she looked uncomfortable, “She got off with a warning.” 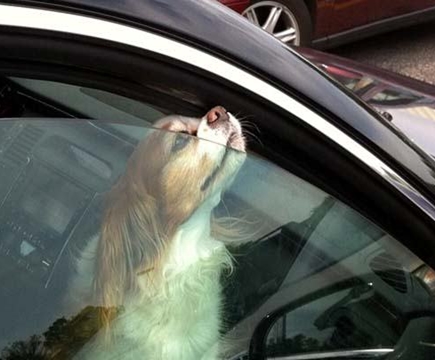