Stray dogs attend funeral of woman who fed them

In an amazing display of love and loyalty several stray dogs turned up at the funeral of a Mexican woman who fed them. Every morning Margarita Suarez from Merida, Mexico would feed around 20 stray animals that would show up at her door looking for food.

Misiones online reported that, “Ms Suarez would often give food to strays she saw around town, until her health deteriorated and she had to move in with her daughter before she died. Her daughter Patricia Urrutia said the dogs turned up at the funeral home where her mother’s body was being kept.”

According to Patricia Urrutia, the dogs came to pay their respects. 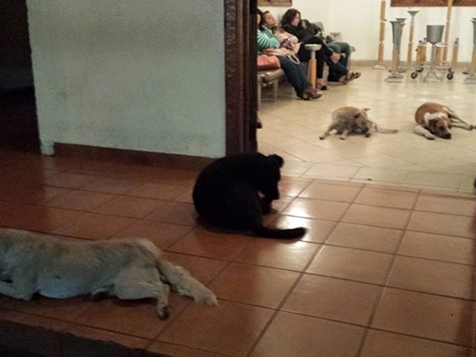 More from FeaturedMore posts in Featured »